Our ‘Super Baby Oil’ has had great feedback from mums and now from a Dad!

Christian told me initially he was worried that he would be unable to massage his daughter incase oil used irritated his skin. Then when Cathrin, his partner, bought some of our ‘Super Baby Oil’ during a baby massage class he started using it to massage his baby daughter at home.
Christian said he noticed that the psoriasis on his hands was actually improving rather than becoming more irritated. He is now able to bond with his baby daughter during massage time and to know his hands are actually getting a healing treatment. Winners on all accounts! 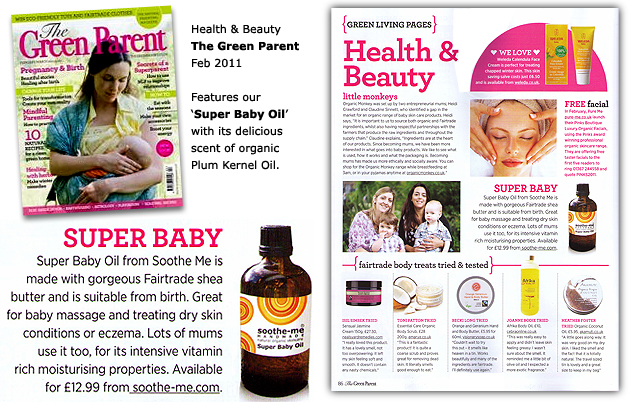