I have just purchased a new bike seat for my son and its great!
Its the Bobike Junior and can carry your child up to when they are about 10yrs, several of my friends bough it and I saw them using it and could tell right away it was a clever and strong well made seat.

Using the seat
Now you are maybe thinking why isn’t my son (7yrs) riding his own bike, well he can and does but for the morning commute time is of the essence, not having somewhere decent to lock up his bike factors into it and also I dont always pick him up so that would mean the bike being stuck near the school. So to over come these factors travelling with me on my bike works out well.

My son finds the seat very comfy, he can place his feet comfortably on the foot rests and if he wants to he can hold behind him on a hand holder rail. (This has also come in handy for fixing on shopping!) 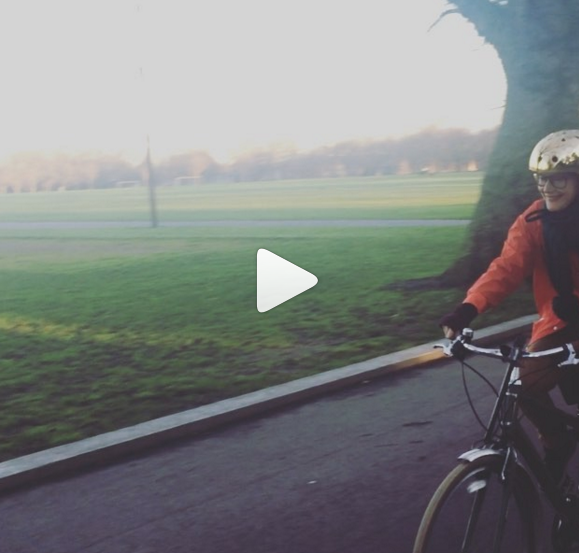 Safety tips
I rest my bike against a solid wall or railings (at a slightly tilted angel towards towards the wall) to get him up safely into the seat, then clip him in. Do remember once you take your child out of the seat to re-clip the safety belt up to avoid the possibility of it hanging down into your wheels. 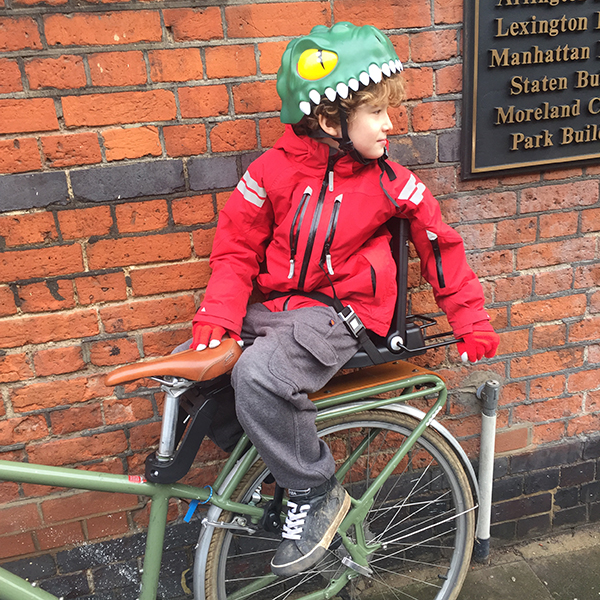 Fitting the seat
The Bobike seat I must admit was not that easy to fit to my bike because of how my bike is designed (I have a Globe Haul 1 hybrid bike by Specialized 2012). Also the instructions were pretty lame (as in they we just to vague) so I ended up finding help on youtube. I had to re-fit it due to the shape of my cross bar and built in rack. Once it was on, it was on well and it feels very sturdy and I love the way it folds down when not in use. I can easily access my built in back rack on both side to put on my pannier bag. I have also used the seat to strap in a big bag of groceries which is handy too.

Buying the seat
I bought it from Evans Cycles for £72 but you may find one on ebay or you can buy it cheaper directly from holland (my friend did this). Evans would not fit it for me as they said they dont fit children’s bike seats. 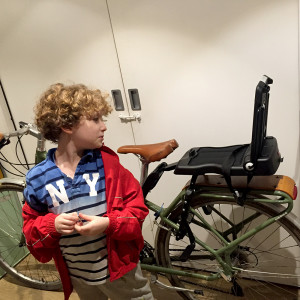 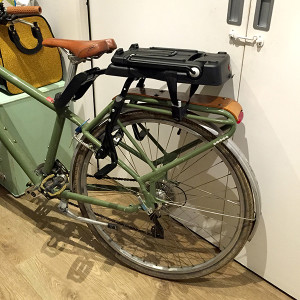 To summerise:
My son loves this seat I love this seat big thumbs up

Other reviews I found online:

Bike seats for younger kids
When my son was just over a year I old used a weeride. Its a front of the bike seat and great for stability, also good for chatting to your child and it feels safer as they are between your arms. I did find I had to adjust my feet position to move them to the outer of my peddles as my knees knocked on the seat a bit, but not enough to make it a problem. I on the  bought mine from ebay, it was really great for shorter journeys, the only down side was if he fell asleep. Once he was fully aslee I had to get off and push as his head lolled about a bit. But  for journeys for 30mins with a stop it was awesome I loved it for nursery commuting. Read my much older post here
Halfords sell it here

Once he got to big for this I moved him to a back seat Bellelli Bike Seat I bought online from Halfords. This which worked very well until he was about 5 as he was  quite light for his age.